What About Bob? (Touchstone Movie) 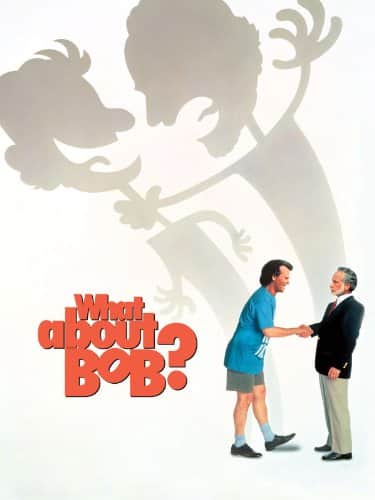 What About Bob? Details:

Comic wizard Bill Murray teams up with Academy Award(R)-winner Richard Dreyfuss in an outrageously wild comedy that’s sure to drive you off the deep end! Murray plays Bob Wiley, a troubled but lovable therapy patient who fears everything! After seeking help from noted psychiatrist Dr. Leo Marvin (Dreyfuss), Bob feels revived. But when the good doctor skips town to go on a quiet family vacation, Bob, afraid of being alone, follows — showing up unexpectedly at the therapist’s lakeside retreat. That’s when the fun really begins! Bob innocently becomes the houseguest who just won’t leave — endearing himself to the other family members … and, in the end, driving the stressed-out shrink absolutely crazy!
Purchase Movie