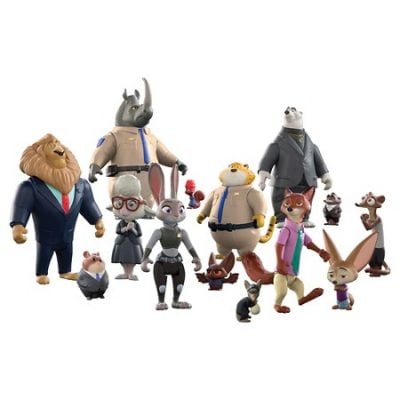 Judy Hopps is a hop-timistic rookie police officer from Bunnyburrow. When she moves to the big city, she meets animals from all over Zootopia. The poseable 3” Clawhauser Figure and 1” Bat Eyewitness This 14-piece Zootopia Action Figure Set contains pieces that are in scale with all of the other Zootopia Character Pack Figures. Collect all of the Zootopia Character Pack Figures and Vehicles so you can recreate the scenes from Zootopia!