Disney reported their earnings for the 4th quarter of Fiscal 2017 (calendar Q3) and Full Fiscal Year 2017 a bit earlier today. Here is what we learned: 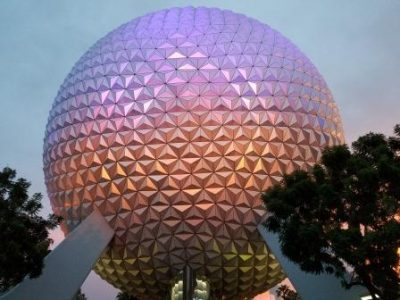 Revenue was reported at $12.779 billion for the quarter and $55.137 for the fiscal year. Quarterly revenue was down a bit from the same period last year and annual revenue was roughly $500 million (1%) less than FY 2016, meaning this was their 1st year out of the last 7 that they Disney did not enjoy record revenue.

The slide has slowed quite a bit for Disney on the TV front. Quarterly revenue for Disney media networks was down 3% from $5.658 billion to $5.465 billion and annual revenue slid 1% from $23.689 billion to $23.510 billion. While down from last year, these totals still boost media networks to Disney’s second-most successful segment.

Somewhat unsurprisingly, Parks and Resorts was, by far, Disney’s most successful operating segment this past quarter and over the past fiscal year. Quarterly revenue for Disney parks increased 6% from $4.386 billion to $4.667 billion and annual revenue was up a whopping 8% from $16.974 billion to $18.415 billion. Clearly a full year of Disneyland Shanghai Resort operations plays a large role in the annual increase for the parks segment. It should also be noted that this annual total runs from October-September, so it incorporates losses due to Disney World closures due to Hurricanes Matthew (October 2016) and Irma (September 2017) and the jump in revenue would be even more impressive if extreme weather wasn’t a factor.

It should be no surprise that Disney’s studio entertainment revenue is down from last year. It fell 21% for the quarter and 11% for the year. This is partially a case of Disney falling victim to their own success. The bar set in 2016 was amazingly high and virtually impossible to eclipse. Disney’s slate of movie releases to date has been markedly weaker than at this point last year. With one real  bright spot (Beauty and the Beast) and a number of lackluster (by Disney Standards) performances. There is room for optimism for Disney on the movie front, as we are in the midst of a very strong run for Thor: Ragnarok, a new Pixar offering opening this month (Coco) and a highly anticipated new installment of the Star Wars saga hitting screens in December. These three films should help Disney round out the calendar year on a slightly more positive note.

Disney’s smallest segment also saw a quarterly and annual  drop. For the quarter, consumer products & interactive media saw  a drop-off of 6% for the quarter and 13% for the year. Disney is attributing to the slide in this segment to the “exceptional performance” of the Star Wars franchise last year.

Please note that DisneyNews.us is a fan site and not affiliate with The Walt Disney Company or any of its partners or subsidiaries. The posts on this site are for entertainment purposes only and should not be used in making a financial or investment decision.