Disney announced today that they are promoting former Disney Consumer Products and Interactive Media Chief James Pitaro to President of ESPN and Co-Chairman of Disney Media Networks. Of course, the top spot at ESPN had been vacant since the sudden resignation of John Skipper back in December. Pitaro becomes the 8th President in ESPN 39-year history.

Here is the full Disney release announcing the Pitaro promotion: 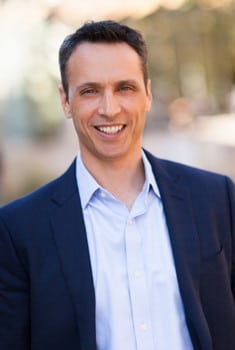 BURBANK, Calif., March 5, 2018 – James Pitaro has been named President of ESPN and Co-Chair, Disney Media Networks, it was announced today by Robert A. Iger, Chairman and Chief Executive Officer, The Walt Disney Company. Mr. Pitaro, who has served as Chairman of Disney Consumer Products and Interactive Media since 2016, will report directly to Mr. Iger.

“Jimmy is a talented and dedicated leader with the right strategic vision, relentless drive and passion for sports required to lead the stellar ESPN team at this incredibly dynamic time,” Mr. Iger said. “Jimmy forged his career at the intersection of technology, sports and media, and his vast experience and keen perspective will be invaluable in taking ESPN into the future. I also want to extend my utmost thanks to George Bodenheimer for serving as Acting Chair of ESPN these past few months; he is a true industry pioneer and helped make ESPN the undisputed leader in sports.” Mr. Bodenheimer will stay on through the end of the year as a consultant.

“As a passionate and lifelong sports fan, I am honored to be joining the ESPN team during such a pivotal time in its storied history,” Mr. Pitaro said. “The appetite for quality sports content across platforms has never been greater, and I am looking forward to working with the talented ESPN team as we continue to redefine the future fan experience.” Mr. Pitaro’s appointment is effective immediately, and new leadership for Disney’s consumer products and interactive businesses will be named at a later date.

Mr. Pitaro’s appointment comes at a time of great opportunity for ESPN, as it readies the launch of its new direct-to-consumer subscription streaming service. ESPN+ will offer a dynamic lineup of thousands of live sporting events, original content and an unmatched library of award-winning on-demand programming. The service will be integrated into a completely reimagined ESPN App that will serve as the all-in-one, personalized digital destination for all that ESPN offers, including scores, news, highlights and authenticated live streaming of ESPN’s eight U.S. networks.

Creating transformative entertainment experiences through digital technology has been a hallmark of Mr. Pitaro’s career, from building Yahoo Sports into an industry-leading online service to leading Disney’s creation of innovative interactive products and services. At Disney Consumer Products and Interactive Media, Mr. Pitaro has overseen the world’s largest licensing business across toys, apparel and home goods; the world’s largest children’s publisher; the creation of branded digital and physical products, including a robust digital game slate; Disney store locations around the world; the recently launched shopDisney e-commerce platform; and the Disney Digital Network of social and digital channels that reach one of out of every three U.S. social media accounts.

Mr. Pitaro previously served as president, Disney Interactive. Prior to his roles at Disney, he served as vice president and head of Yahoo Media, where he set strategy and developed and executed growth-driving initiatives for Yahoo’s media properties, including Yahoo Sports and Yahoo Music. At Yahoo Sports, he developed and maintained strong relationships in the sports industry across the leagues and agencies. Earlier in his career, Mr. Pitaro was vice president of business affairs for LAUNCH Media, Inc. and practiced law at several New York firms.

Mr. Pitaro holds a Bachelor of Science in economics from Cornell University and a Juris Doctor from St. John’s Law School.