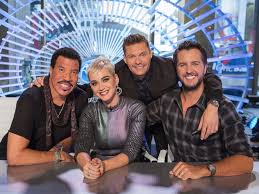 Disney is a master at cross-promotions, so the moment we heard ABC was taking over American Idol, it was pretty much assumed that there would be a Disney tie-in or two during the course of the season. Well, we shall wait no longer. Similar to what ABC does with Dancing With the Stars, American Idol will have its first-ever ‘Disney Night’ tonight.

On tonight’s episode, the top 10 contestants will take a shot at performing some of our beloved Disney movie songs including “Beauty and the Beast” (Beauty and the Beast), “Once Upon a Dream” (Sleeping Beauty), “How Far I’ll Go” (Moana), “Circle of Life” (The Lion King), “Kiss the Girl” (The Little Mermaid), “Colors of the Wind” (Pocahontas), “You’ve Got a Friend in Me” (Toy Story), “Can You Feel the Love Tonight” (The Lion King), “The Bare Necessities” (The Jungle Book) and “Remember Me” (Coco).

According to Variety, Idina Menzel (Elsa from Frozen) will be a guest mentor tonight.

Disney Night on American Idol airs tonight (Sunday, April 29th, 2018) from 8-10pm EST (5-7pm PST) on ABC. Fans can vote for their favorite performance online at AmericanIdol.com/vote, by texting the number of the contestant they would like to vote for to “21523” or via the American Idol mobile app.