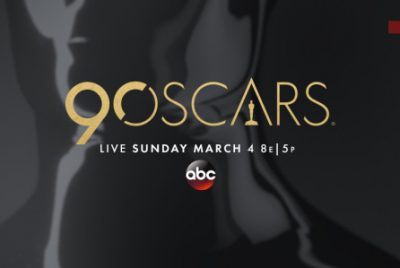 Today’s a big day in the movie industry as nominations for the 90th Oscars were announced a bit earlier. Disney was well represented in the nominations, picking up the following ten nominations from the Academy of Motion Picture Arts and Sciences:

The 90th Oscars will be hosted by Jimmy Kimmel and aired live Sunday, March 4th (8pm ET) on ABC.