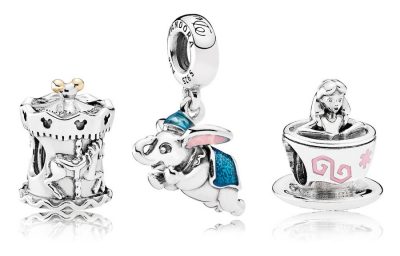 It appears the charms will only be available in Disney World and Disneyland and online at DisneyStore.com. The following Disney Park shops will be carrying the Disney PANDORA Fantasyland charm set: