2nd Update 10/25/16: Entertainment Weekly is reporting that Moana will be the first major motion picture to be translated in Tahitian. 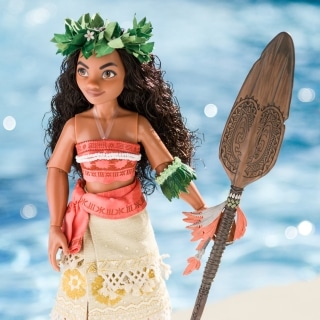 Update 9/15/16: Disney has released the official full trailer for Moana. Have a look: 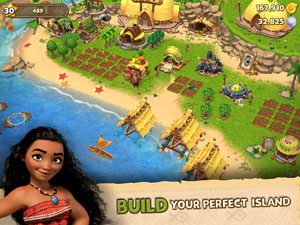 Mona Island Life is an adventure game focused on creating and customizing your own island paradise and featuring characters from the movie. The game is currently only available in Canada, but will certainly be released more widely as the movie release draws near.

Update 8/22/16: According to their auditions website, Disney is actively seeking for Moana female character look-alikes for Disney World. The audition listing can be found here.

Update 7/25/16: Disney Animation Studios has released images, cast names and descriptions of the main characters in Moana on the movie’s official Facebook page. Here is a quick rundown.

TEMUERA MORRISON (“Star Wars: Episode II – Attack of the Clones,” “Once Were Warriors,” “Six Days, Seven Nights”) voices Moana’s father, CHIEF TUI, the gregarious and well-respected leader of the people of Motunui Island. NICOLE SCHERZINGER (Grammy®-nominated singer, West End’s “Cats”) voices Moana’s mother, SINA, who always has her daughter’s back. Playful, sharp and strong-willed, Sina appreciates Moana’s longing to be on the water, but also wants to protect her daughter from the fabled dangers beyond the reef. (Image credit Disney Animation Studios)

JEMAINE CLEMENT (“The BFG,” “Despicable Me,” “Rio,” “Rio 2,” “What We Do in the Shadows,” Flight of the Conchords) provides the voice of TAMATOA, a self-absorbed, 50-foot crab who lives in Lalotai, the realm of monsters. (Image Credit: Disney Animation Studios)

The KAKAMORA, an intense team of crazy, coconut-armored pirates who will stop at nothing to get what they want. (Image credit: Disney Animation Studios)

Update 7/19/16: A new international trailer for “Moana” has surfaced and it gives us a good look at Moana as a baby. Have a look:


Original Post 6/13/16: Disney has been on a roll lately (with a slight bump in Wonderland) with blockbuster movie releases which is sure to continue throughout 2016. One of their highly anticipated releases later on this year is “Moana,” an adventure set in the South Pacific featuring the voice of “The Rock” Dwayne Johnson. 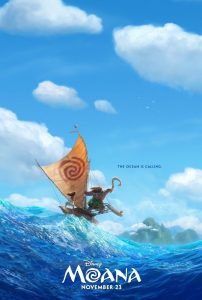 Three thousand years ago, the greatest sailors in the world voyaged across the vast South Pacific, discovering the many islands of Oceania. But then, for a millennium, their voyages stopped – and no one today knows why. From Walt Disney Animation Studios comes “Moana,” a sweeping, CG-animated adventure about a spirited teenager who sails out on a daring mission to prove herself a master wayfinder and fulfill her ancestors’ unfinished quest. During her journey, she meets the once-mighty demi-god Maui (voice of Dwayne Johnson), and together, they traverse the open ocean on an action-packed voyage, encountering enormous fiery creatures and impossible odds. Directed by the renowned filmmaking team of Ron Clements and John Musker (“The Little Mermaid,” “Aladdin,” “The Princess & the Frog”), “Moana” sails into UK cinemas 2 December, 2016.

Have a look at the trailer Disney just released for “Moana”:

Here is a complete listing of all upcoming Disney movies and release dates.

Be the first to comment on "Disney’s Moana: What We Know"