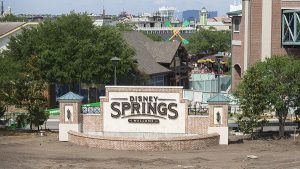 Disney made a bold move a few years back in completely overhauling it’s nighttime shopping and entertainment district, Downtown Disney, at Walt Disney World. While the construction period was long and somewhat disruptive, the final result is nothing short of amazing. Disney Springs has become a destination of its own, which is something the New York Times confirmed this week as they named it a Top Place to Visit in 2018.

Disney Springs appears in the 41st position among the 52 global destinations recommended by the NYT travel team. In case you are keeping score at home, New Orleans came out on top this year.

If you haven’t been to Disney Springs yet, it is well worth the visit. I don’t know if I would make a special trip if you live outside central Florida, but if you are planning a Walt Disney World vacation, I would strongly recommend  setting aside a night or two to explore and enjoy all that Disney Springs has to offer.