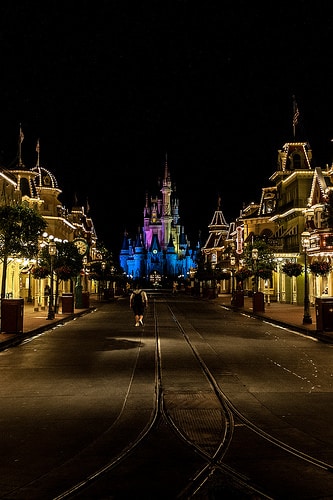 While Disney has done an amazing job at consistently adding value to a Walt Disney World park visit, there are some visitors that are looking for just a bit more value in their stay. For those parkgoers, Disney has recently been rolling out a series of premium experiences including the popular Disney After Hours, which basically gives a small group of park visitors exclusive access to the Magic Kingdom and a number of its most popular attractions. Disney announced yesterday that Disney After Hours will continue into 2018.

If you’re new to Disney After Hours, an event night is limited to a small number of guests, allowing attendees to maximize their time in the park with little to no wait at 25 attractions and experiences, like Seven Dwarfs Mine Train, Under the Sea ~ Journey of The Little Mermaid, Space Mountain and many more. The Disney After Hours ticket allows park entry as early as 7 p.m., which gives attendees time to enjoy the park’s nightly “Happily Ever After” fireworks, and then remain in the park until 11 p.m. and some nights to 12:00 a.m.

Disney After Hours event nights are currently set for January 19, 26, and 30, February 8 and 15, March 1 and 8. (Please note that Disney After Hours does not replace Extra Magic Hours (EMH) for resort guests and are instead held on non-EMH dates.)