Update 2/21/18: Disney has announced that tickets for the May 27th Star Wars: Galactic Nights are now on sale. tickets are priced at $129 for adults and $114 for children ages 3-9 (discounts available for annual passholders and DVC members.) Call 407-WDISNEY (407 934-7639) for event details and to make reservations. 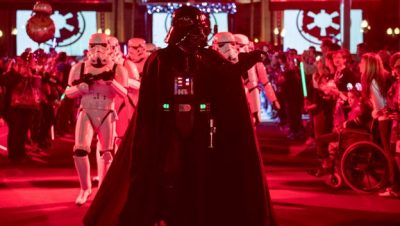 Star Wars: Galactic Nights will return to Hollywood Studios on May 27th and run from 7pm – midnight. The event requires a special ticket, but offers a number of unique Star Wars experiences that you wouldn’t normally have access to at the park.

Here is a quick rundown from the Disney Parks blog of what guests of Star Wars: Galactic Nights can expect: