When Streets of America closed at Hollywood Studios in favor of the new Star Wars Land, we witnessed the end of an era as the iconic Osborne Family Lights Show no longer had a home. There was much speculation that the show would find a new home and a clear assumption that Disney would do something Holiday-themed to fill the void. 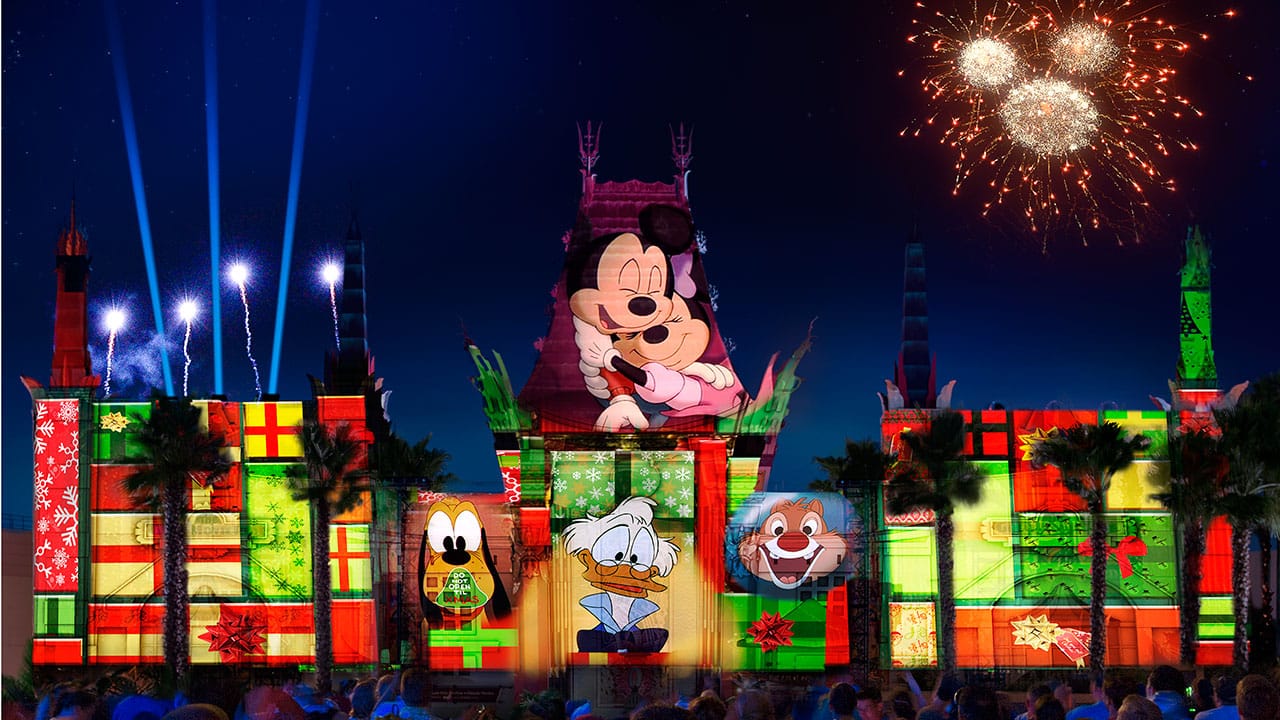 Jingle Bell, Jingle BAM! will take place on, above and around the Chinese Theater (pretty much behind where Mickey’s Sorcerer’s Hat used to be if you haven’t been to Hollywood Studios lately. Similar to Star Wars: A Galactic Spectacular, this amazing new holiday nighttime show is a projection/music/fireworks show with a Christmas theme and a slight twist…snow!

Here is a quick synopsis of the show from the Disney Parks Blog:

There will also be a special message from Santa Claus at the end of the show.

Also like the Star Wars show, Jingle Bell, Jingle BAM! will have a dessert party package option with reserved seating, food and special 3D glasses to add an extra dimension to the show. The Holiday Dessert Party will cost $69 per adult and $39 per child.

Jingle Bell, Jingle BAM! runs from November 14th-December 31st at Walt Disney World’s Hollywood Studios. It is unclear when tickets for the Holiday Desert Party will be made available. I will update this post when more details about that are released.

Disney also announced today that Santa Claus will be visiting Hollywood Studios this year for meet and greets. He will be appearing (presumably beginning November 14th as well) at the Once Upon a Time shop on Sunset Boulevard.