Here is everything you need to know about the extinct Discovery River Boats at Walt Disney World’s Animal Kingdom including history, reviews, fun facts, photos and more. I hope you find this listing informative and helpful! 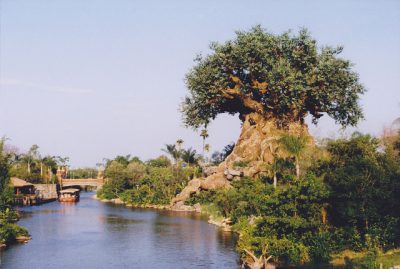 The Discovery River Boats were a tour-like boat ride and an opening day attraction at Disney’s Animal Kingdom. It traveled along the Discovery River around the central Tree of Life with docks at Safari Village and in Asia. There were a number of features and gags that were planned for this ride (think Jungle Cruise), but never materialized due to budgetary concerns. The ride was rebooted a few times and then closed permanently in 1999, little more than a year after the ride opened.