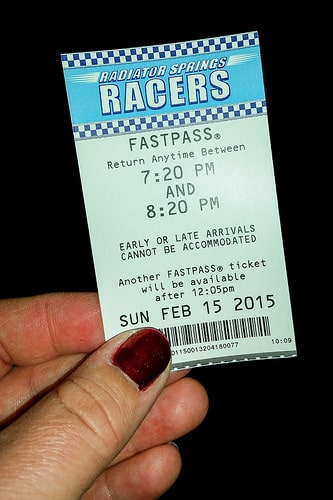 Visitors to Disneyland Resort will soon be able to enjoy the same ease and convenience of a digital FastPass system that their Disney World counterparts have grown accustom to over the past few years.

While we do know Disney has been prepping for a digital FastPass system at Disneyland, there has been no official launch date or details released yet. That said, the rumor mill is buzzing about this development and a number of credible Disney websites have made educated guesses as to what the system would look like. Here is what is out there so far:

The system appears to be based on barcodes generated on the Disneyland app, similar to the ones on the paper FastPass tickets currently. You would bring up the code on your phone and scan it on a FastPass receiver. There are no indications of a MagicBand tie-in.

Current Attractions that accept FastPasses are:

A pretty solid rumor is that the system will be given a trial run, beginning November 20th, for California Adventure’s Toy Story Midway Mania ride.

As always, I will be updating this post as more details are released, so stay tuned!

Be the first to comment on "Disneyland is Launching a New FastPass System. What We Know"