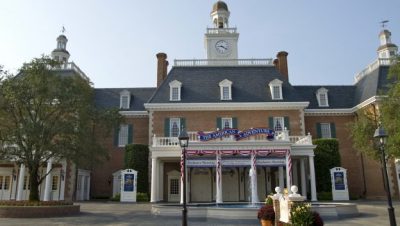 If you’ve been to Walt Disney World’s Epcot recently, you likely already know that the American Adventure attraction in the American Pavilion of World Showcase has been closed for refurbishment for about a month. Today, Disney Parks shared with us some of the changes that are being made to the attraction. Here is a quick rundown of what you can expect when it reopens this month:

The Epcot American Adventure attraction was originally slated to re-open on Wednesday, February 14th. The Disney Parks post today only says “later this month,” so one can assume it will be delayed a bit (otherwise, wouldn’t they just say “next week?” I’ll be sure to updated this post as soon as we know the new re-open date.