Every once in a while, Disney dusts off an older character for a guest appearance at one of the parks to mark a special occasion. Well, next week will be one of those times.

According to (excellent Disney blog) Kenny the Pirate, Jiminy Cricket from the timeless classic Pinocchio will be making a week-long appearance at Disney’s Animal Kingdom to celebrate Earth Day. 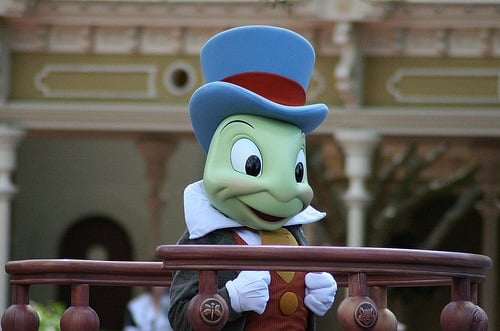 Jiminy Cricket will be appearing at Rafiki’s Planet Watch at Disney’s Animal Kingdom from 10:30am-4:30pm April 17-23.