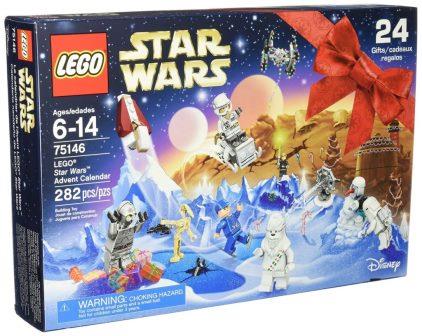 LEGO Star Wars Advent Calendars have been an annual tradition since 2011. Each year, a 24-set kit is released in early Fall. One micro-set is available each day of December leading up to Christmas. Each set is a surprise. Some sets are Christmas-themed; some are miniature versions of larger LEGO Star Wars vehicles; some are minifigures. Usually a minifigure or two is holiday themed. Last year it was C-3PO and R2-D2. This year, “Snowbacca” is the holiday figure.

This year’s calendar has 282 pieces and currently retails for $39.99 on Amazon.