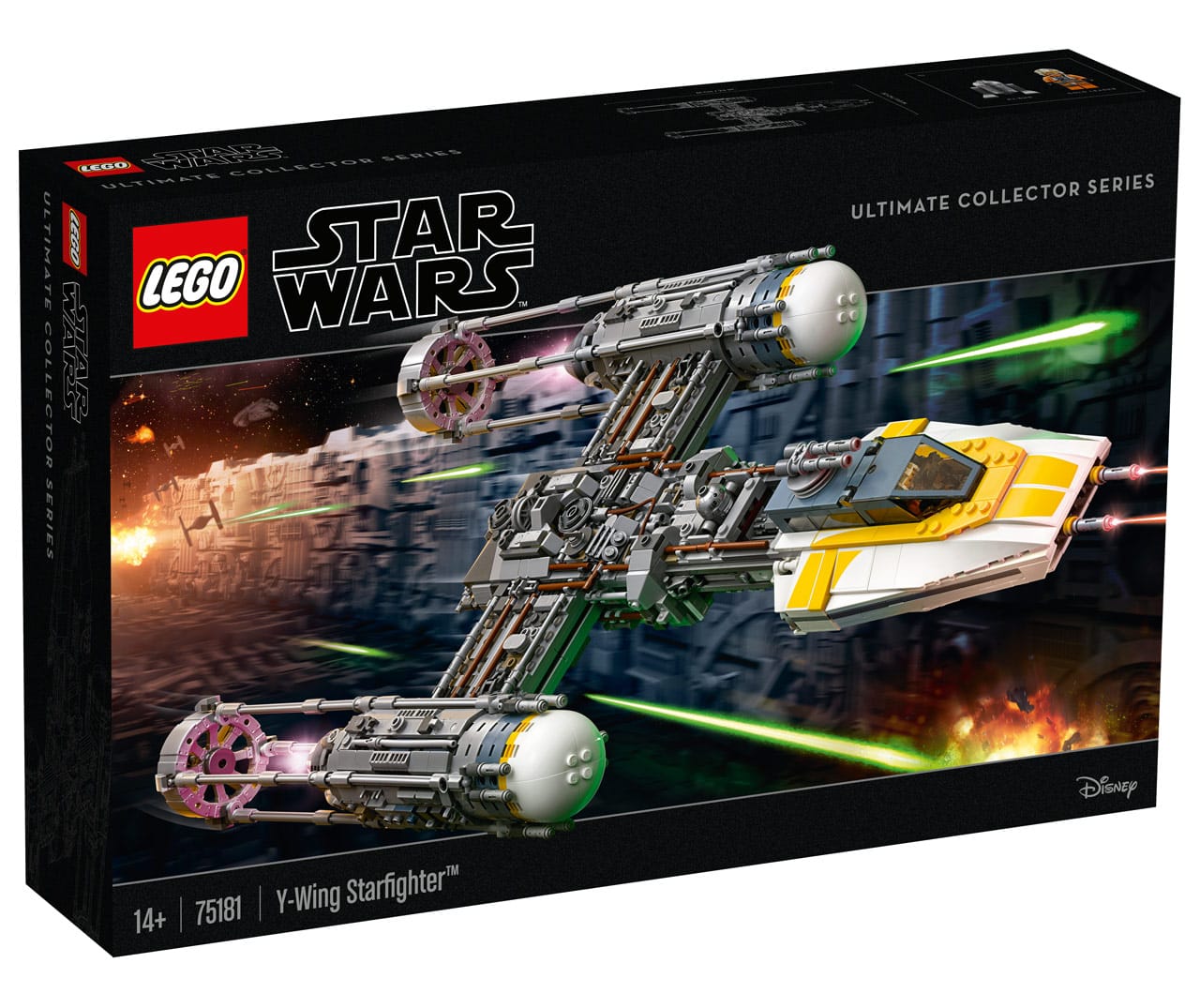 Included with the UCS Y-Wing are 2 minifigures: a Gold Leader pilot figure and a R2-BHD droid.

On or after May 4, the LEGO Star Wars UCS Y-Wing will be available for purchase here.