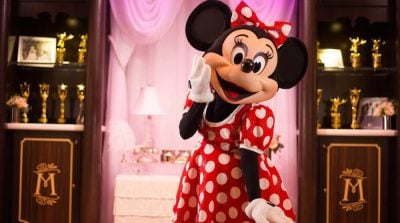 Minnie will be joined in the ceremony by her presenters singer Katy Perry and Disney Chairman and CEO Bob Iger and the event will be livestreamed at www.walkoffame.com.

Minnie Mouse joins a number of Disney legends with a place on the walk of fame. Some of the notable past recipients include Mickey Mouse, Donald Duck, Tinker Bell, Winnie the Pooh, Snow White and Kermit the Frog.