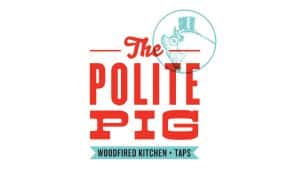 The Polite Pig is owned by a James Beard-nominated husband and wife team that also owns The Ravenous Pig and Swine & Sons in Winter Park, Florida and Cask & Larder at Orlando International Airport.

Here is a brief description of The Polite Pig’s concept from the Disney Parks Blog post announcing the opening:

The Polite Pig will feature “modern barbecue” in an open kitchen, with Southern sides like a tomato and watermelon salad, mac and cheese and smoked corn with lime butter. (Sauce fans, there’s a bar with seven different ways to top your ‘cue, from Layla’s Sweet to Fresno Hot Sauce.) Add a solid selection of craft beers and cocktails, and a bourbon bar with more than 50 selections, from small batch bourbons to a Pappy Van Winkle 23-Year Family Reserve.

The Polite Pig is slated to open April 10th. The 5,000 square foot restaurant is located in the Town Center section of Disney Springs at Walt Disney World Resort. It will feature seating for 200 guests and will be open from 11am-11pm.