Updated 2/2/17: The Beauty and the Beast video drip campaign continues and this latest video is big! Have a listen to Ariana Grande and John Legend’s update of the classic title track. How does it compare to Celine and Peabo’s original? Leave a comment below!

Update 1/30/17: We have another Beauty and the Beast trailer. This one is a longer one and gives us a great look at the soon-to-be blockbuster, which hits theaters on March 17th. Have a look:

Update 1/8/17: We got yet another amazing Beauty and the Beast clip during tonight’s Golden Globes Awards Ceremonies. Have a look:

Update 1/3/17: Disney is really pushing out the trailers over the past month or so. Here is an unexpected video clip from the upcoming Beauty and the Beast live action movie that features Emma Watson (Belle) singing “Something There.” Have a look:

Update 1/1/17: For your New Year’s present you get not one, but two new Beauty and the Beast TV Spots:

Update 12/25/16: Looking for another Beauty and the Beast video clip? You’re in luck! Here is the latest offering from Disney: an extended TV spot for Christmas. Enjoy!

Update 11/15/16: You like the new Beauty and the Beast trailer. You REALLY like it! In fact, according to Variety, the official US trailer for the Beauty and the beast live action film racked up a record 127.6 million views in its first 24 hours. This total beats the previous trailer view records of Fifty Shades Darker (114 million) and Star Wars: The Force Awakens (112 million).

Update 11/10/16: We now have a movie poster for Beauty and the Beast! Emma Watson shared the image below on her Facebook page today: 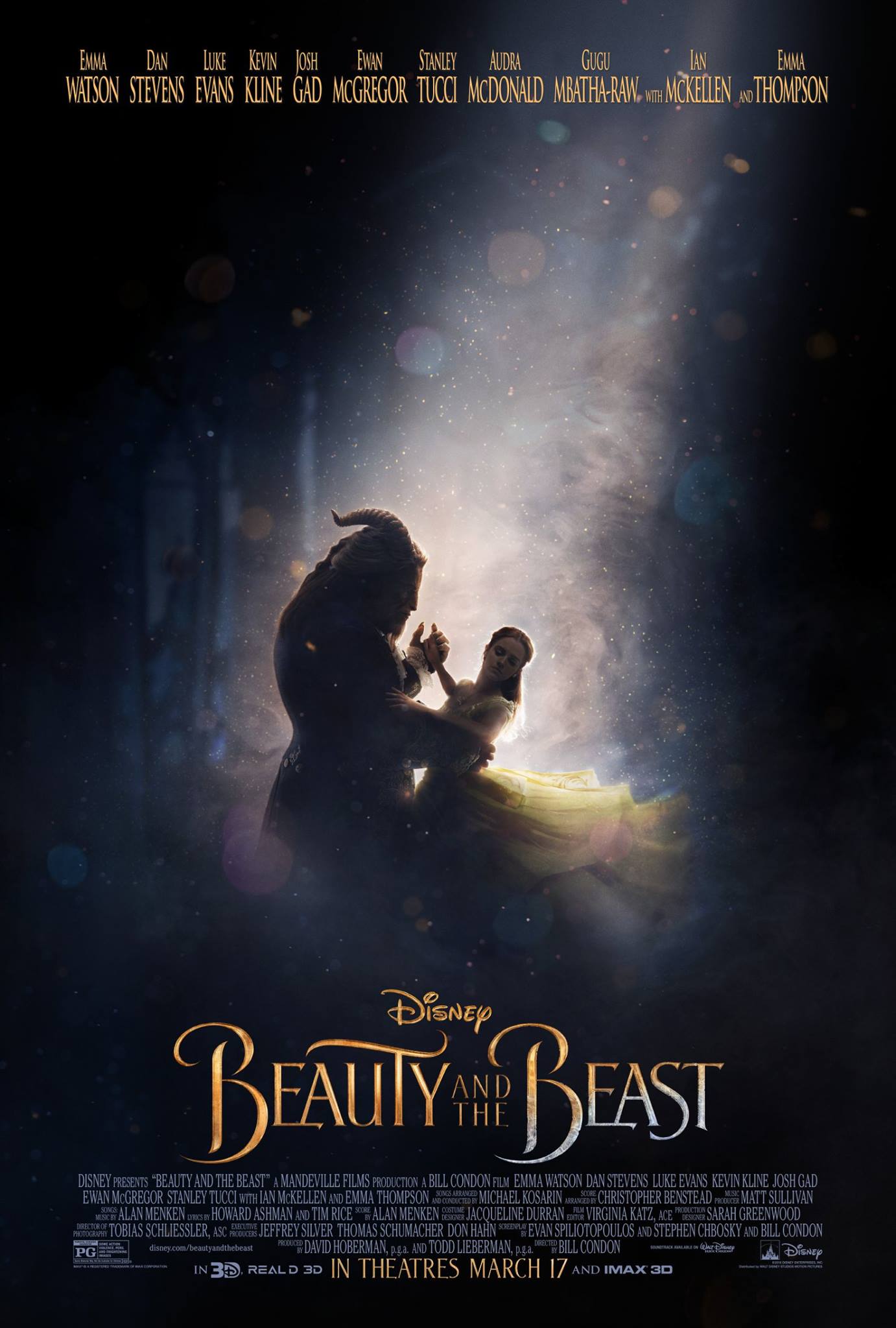 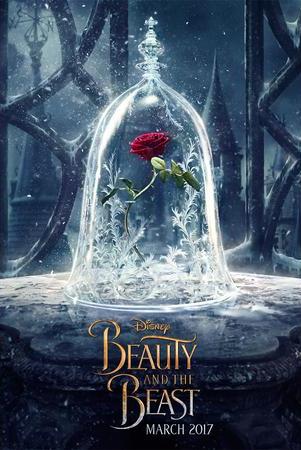 Update 11/7/16: A number of new Beauty and the Beast live action movie images have popped up in Entertainment Weekly. The new pics give us a great idea of what Belle (Emma Watson) and the Beast (Dan Stevens) look like in this remake along with glimpses at other characters and sets. The images can be found on the Disney Style blog here.

Original Post 9/14/16: It was announced in June 2014 that Disney would be releasing a live-action version of their 1991 animated classic Beauty and the Beast in 2017. As we draw closer to its open, the news surrounding the Beauty and the Beast live action remake will be pretty steady. This post will serve as a clearing house for what I am hearing about the movie and I will be updating it regularly.

As it stands now, here is what we know about the movie:

Beauty and the Beast (2017) will be released March 17, 2017. Production of the movie wrapped up over a year ago. It will star Emma Watson as Belle, Dan Stevens as Beast and Luke Evans as Gaston. The movie is scored once again by Alan Menken.

Here is the Disney Movies synopsis of the reboot:

Disney’s “Beauty and the Beast” is a live-action re-telling of the studio’s animated classic which refashions the classic characters from the tale as old as time for a contemporary audience, staying true to the original music while updating the score with several new songs. “Beauty and the Beast” is the fantastic journey of Belle, a bright, beautiful and independent young woman who is taken prisoner by a beast in his castle. Despite her fears, she befriends the castle’s enchanted staff and learns to look beyond the Beast’s hideous exterior and realize the kind heart and soul of the true Prince within. The film stars: Emma Watson as Belle; Dan Stevens as the Beast; Luke Evans as Gaston, the handsome, but shallow villager who woos Belle; Oscar® winner Kevin Kline as Maurice, Belle’s eccentric, but lovable father; Josh Gad as Lefou, Gaston’s long-suffering aide-de-camp; Golden Globe® nominee Ewan McGregor as Lumiere, the candelabra; Oscar nominee Stanley Tucci as Maestro Cadenza, the harpsichord; Gugu Mbatha-Raw as Plumette, the feather duster; six-time Tony Award® winner Audra McDonald as Madame Garderobe, the wardrobe; Oscar nominee Ian McKellen as Cogsworth, the mantel clock; and two-time Academy Award® winner Emma Thompson as the teapot, Mrs. Potts.

Directed by Oscar® winner Bill Condon from a screenplay by TBD based on the 1991 animated film, the film is produced by Mandeville Films’ David Hoberman and Todd Lieberman with eight-time Oscar-winning composer Alan Menken, who won two Academy Awards® (Best Original Score and Best Song) for the 1991 animated film, providing the score, which will include new recordings of the original songs written by Menken and Howard Ashman, as well as several new songs written by Menken and three-time Oscar winner Tim Rice. “Beauty and the Beast” will be released in U.S. theaters on March 17, 2017.

Here is a quick look at the first trailer teaser for the film:

And the second clip, released just a couple of weeks ago, that gives a behind the scenes look and insight into the production of the Beauty and the Beast live action film:

Thanks to Disney Style, we also have a sneak peek at the concept art for the live action version of Belle (compared to the animated look we are used to): More concept art will be packaged with the 25th Anniversary Edition of the original Beauty and the Beast, which will be released on September 20th.