Regal Cinemas has announced that they will be bringing back Tim Burton’s The Nightmare Before Christmas to the big screen for a very limited time. Jack Skellington, Sally and Oogie Boogie will be returning to the 300+ Regal movie theaters nationwide from Friday, October 27th – Tuesday, October 31st.

More information about The Nightmare Before Christmas showings at Regal Cinemas, including how to purchase tickets, can be found here. 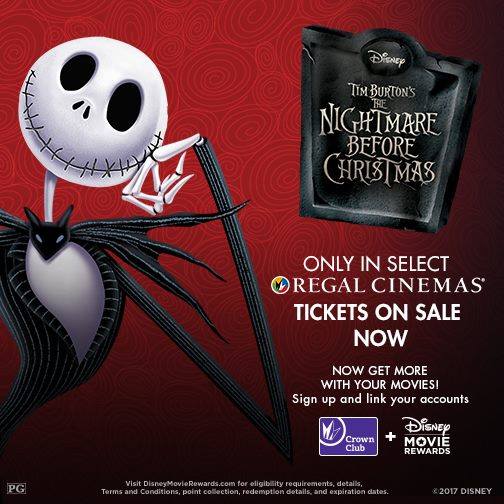 Be the first to comment on "The Nightmare Before Christmas Returns to the Big Screen!"