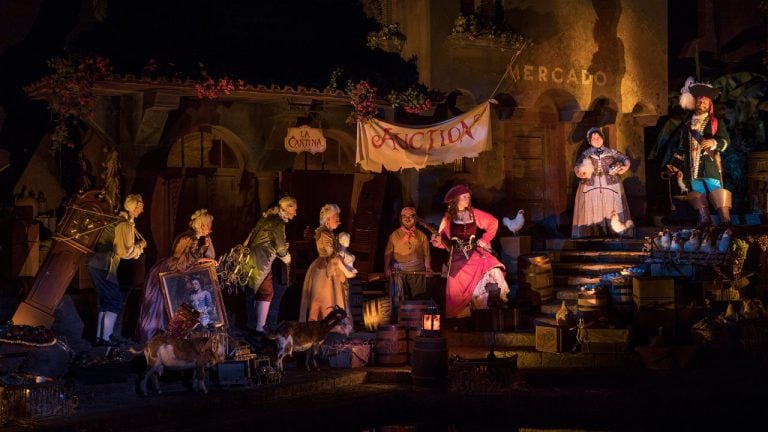 Pirates of the Caribbean at Walt Disney World’s Magic Kingdom reopened yesterday after a short, but noteworthy, refurbishment. As they are doing across their parks globally, Disney decided to change the famous auction scene in the latter half of the ride, giving the ‘redhead’ a new role. Rather than being the prize in the auction, the redhead, now named “Redd,” is now an active participant in the auction scene.

According to Disney, “The pirate auctioneer now oversees a sale of the townspeople’s most prized possessions and goods. In this scene, the familiar redhead figure has switched sides to become a pirate named Redd, who’s just pillaged the town’s rum supply and has something to say about it.”

This Disney World change is similar to the one already made at Disneyland Paris. Pirates at Disneyland is also scheduled to receive the makeover next month.

More info about all of the  scheduled Disney World refurbs and attraction closings can be found here.