Disney/Marvel has announced the release date for their blockbuster hit Avengers: Infinity War on DVD and Blu-Ray.  Here is what we know… 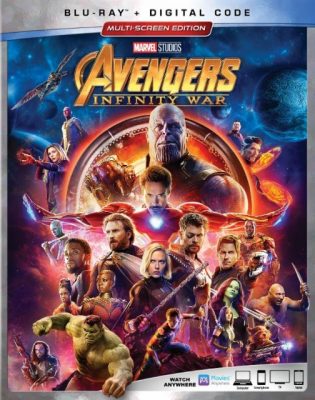 Avengers: Infinity War will be released on Digital (in HD and 4K Ultra HD) and Movies Anywhere July 31st,  and on Blu-ray and DVD on August 14th. It can be pre-ordered from Best Buy here. (affiliate link).

This announcement comes as the movie is STILL in movie theaters and adding to its amazing total of $2 billion+ at the box office. globally.

The Blu-ray and Digital versions will include 2 hours of new content including:

Exclusive to the digital version:

There was no date given yet for Avengers: Infinity War’s streaming release on Netflix, but it will presumably be on the video-streaming service about 2 months after the Blu-Ray is released.

Here is a quick teaser Marvel released earlier today to announce the release: