It is a very sad day for the Star Wars fandom and in the larger Disney family. The Associated Press is reporting that the actress, who will forever be most known for her role as Princess Leia, Carrie Fisher, has died a the age of 60 in Los Angeles. Cause of death has not been reported, but most of you know that Fisher had been in the hospital since she had a medical issue on a flight last week which had been described as a “cardiac episode.” 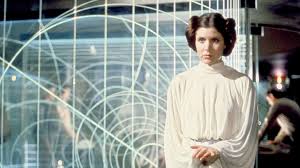 Fisher’s movie career had a bit of a renaissance in 2015 as she reprised her role as Leia in Star Wars: The Force Awakens and we were all looking forward to seeing her play the iconic rebel once again in next year’s unnamed Star Wars Episode VIII. In between her movie and TV roles, Fisher was also a prolific author and mental health and addiction awareness advocate.

Yet another artist gone too early in a horrible year for celebrity deaths.