It appears electronics-maker Samsung is getting a piece of the Star Wars action with the launch of two amazing new POWERbot Robot Vacuum designs. The new vacuums are themed in the likeness of Star Wars’ Darth Vader and a Stormtrooper. Here are all the details about the new Star Wars vacuums from the Samsung announcement (source): 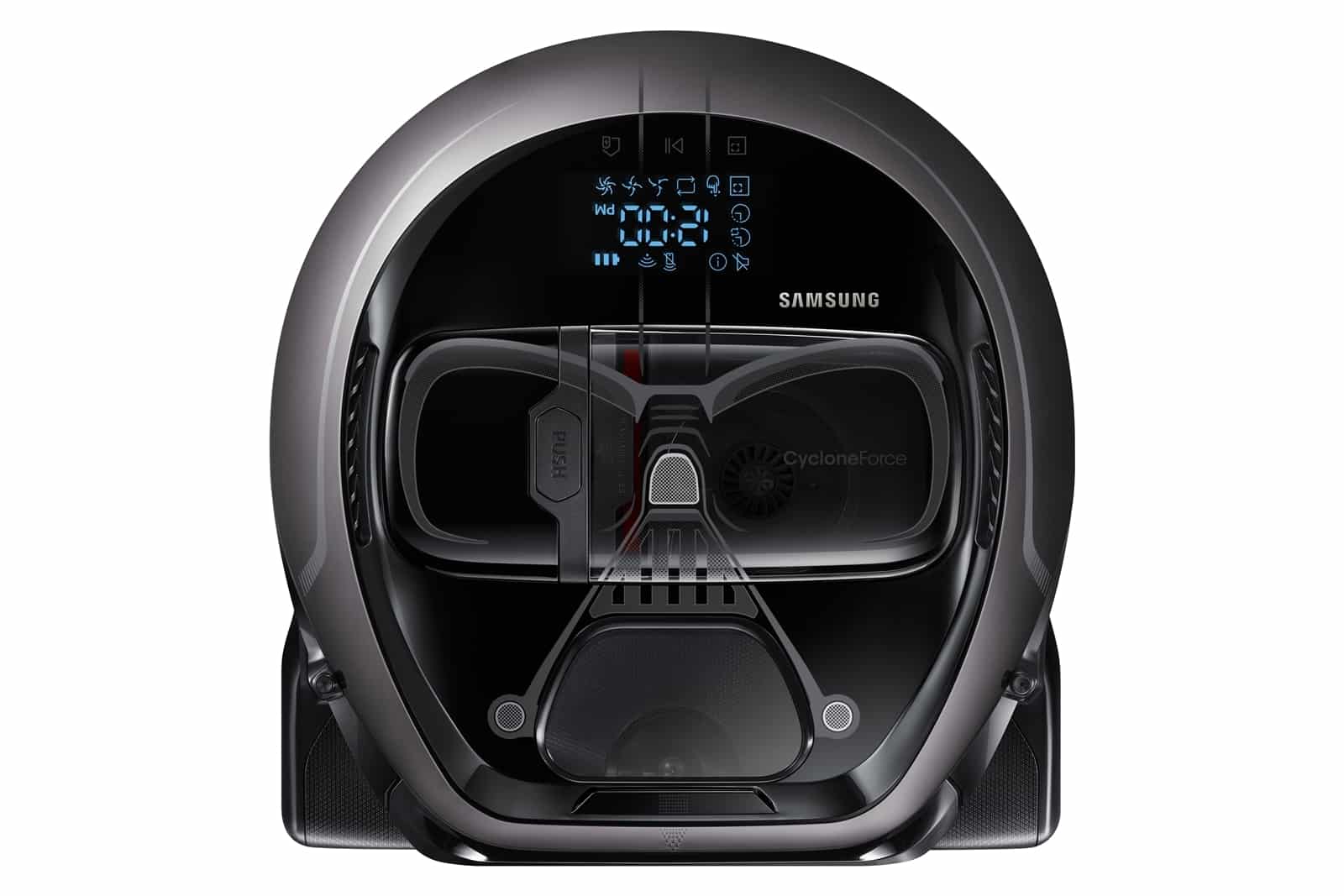 Samsung Electronics today introduced a new Star Wars limited edition of the widely acclaimed POWERbot™ robot vacuum cleaner, the VR7000. The result of a collaboration between Samsung and Star Wars fans, the innovative and powerful vacuum with iconic Darth Vader and Stormtrooper designs is intended to captivate fans in anticipation of the December release of “Star Wars: The Last Jedi,” the final film in the Disney and Lucas Films saga.

The Darth Vader version of the POWERbot™ features a specially created cover using custom premium materials that resembles Darth Vader’s all-black mask while the Stormtrooper version replicates the look of a white and black Stormtrooper’s helmet. The Darth Vader model comes with Wi-Fi connectivity and its own remote control. Both models also offer fun and unique sound effects appropriate for each character. For example, when powering on the Darth Vader unit, the vacuum will play and mimic the character’s infamous breathing.

In order to create a special edition product authentic and true in the eyes of Star Wars fans, Samsung worked very closely with super fans at every step, from product planning to design, production, marketing, and distribution. It was a first-of-its-kind approach to building and launching a product designed by the fans and built for the fans. 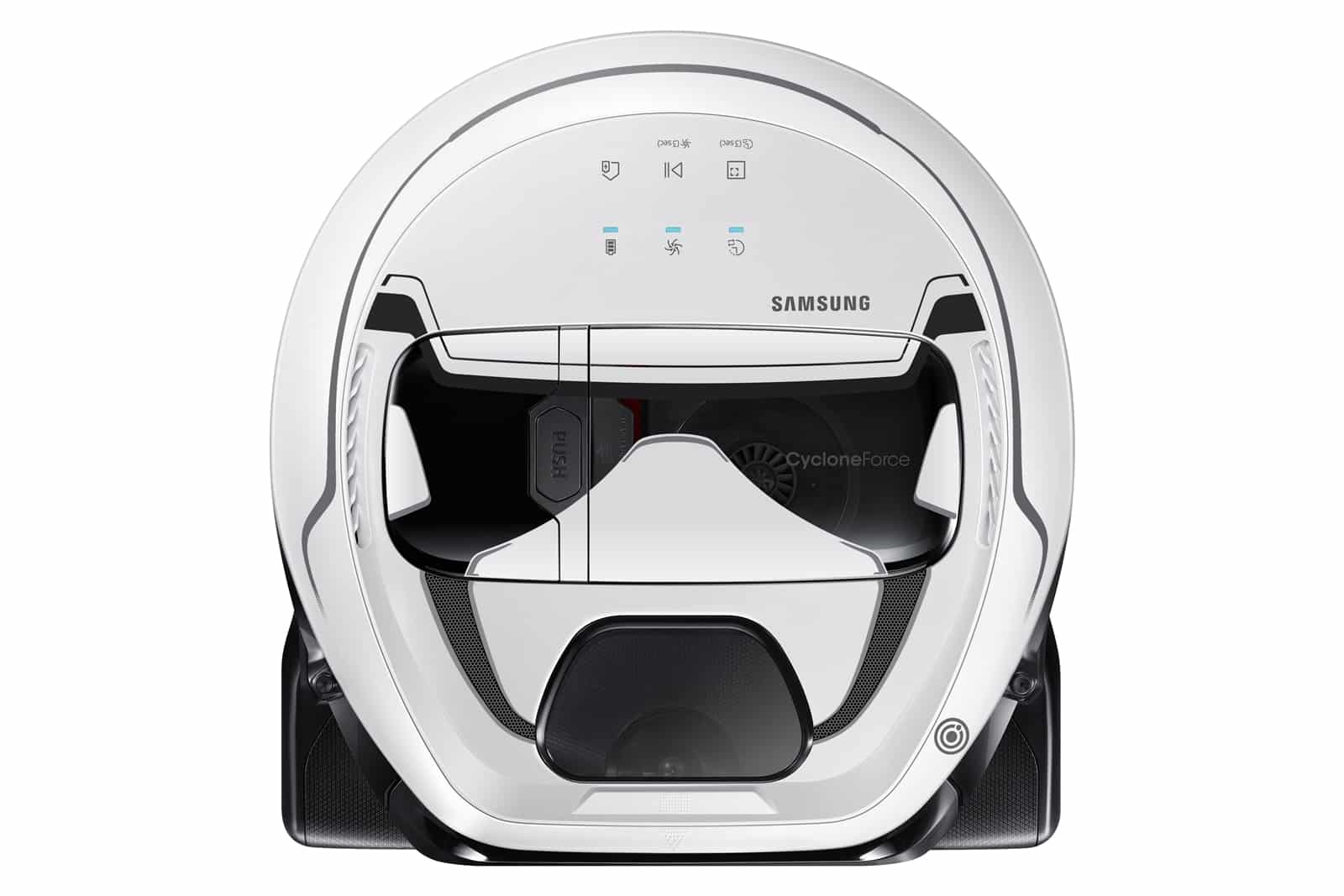 “We are very pleased to be part of the excitement leading up to the release of the Last Jedi and to be launching our limited edition POWERbot™ in partnership with Star Wars fans,” said B.S. Suh, Executive Vice President of the Digital Appliances Business at Samsung Electronics. “From its industry-leading suction power, slim design, and smart features, to the wonderful character-themed voice feedback and sound effects, we are confident the Star Wars limited edition of the VR7000 will be a big hit.”

The VR7000 Star Wars limited edition promises all of the powerful cleaning technology and features of the original VR7000, such as suction power capacity of 10 watts, CycloneForce technology, and Edge Clean Master, which helps the unit clean close to walls and edges. It can even work autonomously, using Visionary Mapping™ Plus to remember the room and find the fastest cleaning routes around the user’s home. FullView Sensor™ 2.0 allows the unit to clean around home decorations and valuable personal items as small as 10mm. With its unique smart features and powerful performance, the VR7000 was awarded the 2017 CES Innovation Award.

Pre-orders for the special Star Wars limited edition POWERbot™ will begin on the Samsung.com website on October 10, with availability in the United States. As part of the launch, Samsung will also introduce its “Vacuum Your Space” video which is created by Star Wars super fans. Other various fan-centric activations and rewards with retail and commerce partners will continue rolling out.