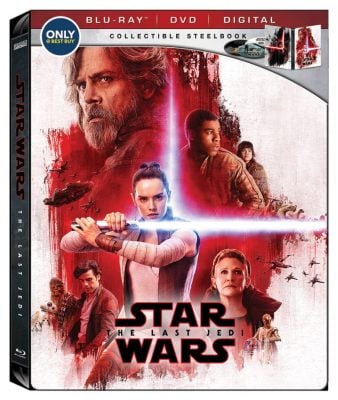 There was no date given yet for The Last Jedi’s streaming release on Netflix, but it will presumably be on the video-streaming service a few months after the Blu-Ray is released.

The Star Wars: The Last Jedi Blu-Ray will come with a number of bonus features. Here is a rundown of what is included: