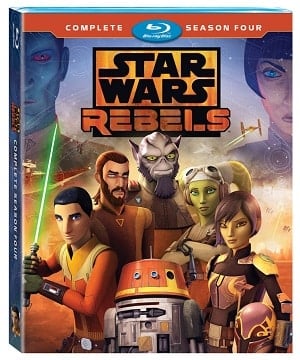 Disney has announced the upcoming release date for the Star Wars Rebels Season 4 Blu-ray and DVD. Both will be released on July 31st, but can be pre-ordered now through Best Buy (affiliate link). The new Blu-ray and DVD will contain all 15 episodes from the series’ final season as well as a number of exclusive bonuses.

Here is a description of some of the bonuses you can expect:

In case you missed Star Wars Rebels Season 4, here is a little taste of what you can expect: