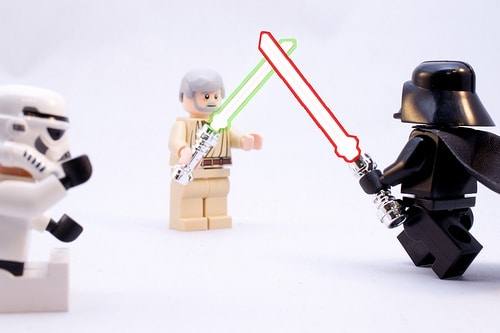 A tweet this week by Star Wars actor Peter Mayhew is causing quite the stir in the Star Wars fandom.

Mayhew, who plays Chewbacca in the original trilogy and “The Force Awakens,” has been tweeting out segments of the original script for “Star Wars: A New Hope” recently. His latest tweet uncovered something the universe did not know- Obi-Wan Kenobi was not supposed to die in the original script. Instead, he survives his infamous duel with Darth Vader.

#chewscript 027 Obi-wan lives through his fight with Vader. Check it out. @starwars pic.twitter.com/Mrt7SaT3Qc

One can only imagine how Kenobi’s survival would’ve altered the entire Star Wars story!

Be the first to comment on "Star Wars Revelation: Obi-Wan Wasn’t Supposed to Die!"