Here are our latest Disney Attractions News articles, tips and resources. Posts are added and updated regularly. Stay in the know so you can plan your next trip! 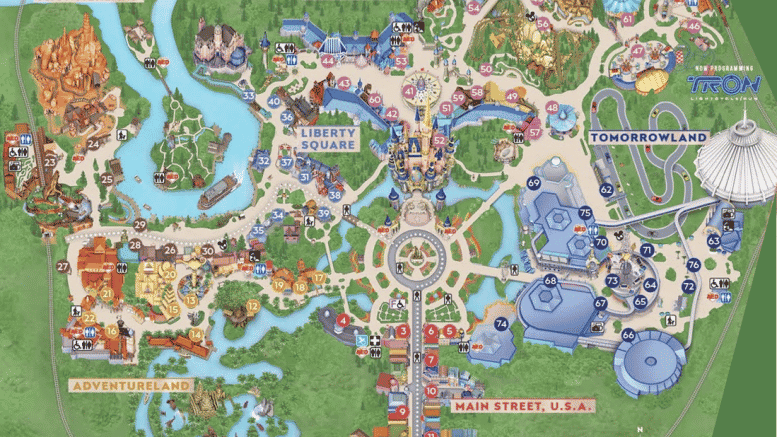 Magic Kingdom History – Every Single Attraction Through the Years (1971 – Today)

Discover the history of Magic Kingdom Park at Walt Disney World with this comprehensive guide to every attraction that has come and gone over the years. From opening day in 1971 to the present, find out where each attraction was located and learn more about the evolution of the park. Click on the attraction names to get more information about each of them

An area-by-area rundown of all the announced Epcot changes now and in the future with complete descriptions and images of new attractions and lands.

Pirates of the Caribbean at Walt Disney World’s Magic Kingdom reopened yesterday after a short, but noteworthy, refurbishment. As they are doing across their parks globally, Disney decided to change the famous auction scene in the latter half of the ride, giving the ‘redhead’ a new role.

The not-so-popular Flights of Wonder show at Disney’s Animal Kingdom closed to give way for a new UP! themed show titled ‘Up! A Great Bird Adventure.’ Here is what you need to know.

2019 will be a huge year for Disney’s Hollywood Studios. We know now that the new Mickey Mouse Ride will open in 2019. Here is what else we’ve learned…

We got more details last night about the new Epcot Guardians of the Galaxy ride. Here is everything we now know about the new roller coaster coming soon to Disney World.

The Circle of Life show in Epcot’s Land Pavilion is set to close in February. Here are all the details you need to know.

Disney announced recently that a new interactive show, titled The SpectacuLAB, will be added to the Innoventions attraction at Epcot in November. Here are the details.

Disney has announced a new photo opportunity coming soon to the Pirates of the Caribbean ride at Disney World’s Magic Kingdom. Much like other in-ride photos, the picture will be snapped during the ride and available to purchase and download after the ride through Disney PhotoPass. According to Disney, the picture will be snapped between the haunted grotto and Golden Age of Piracy segments of the ride.

Disney has announced that they will be launching a new projection show in the Magic Kingdom next week. The “Once Upon a Time” show will light up the iconic Cinderella Castle using projection mapping, covering the entire structure in lights and graphics.

With the election of Donald Trump, Disney World’s Hall of Presidents will be closed for months to add him to the show. Here is what you need to know.

Everything you need to know about PinQuest. The new Disney pin scavenger hunt game at Walt Disney World’s Magic Kingdom.

Here is what you need to know about the new live Muppets show coming to the Magic Kingdom titled “The Muppets Present… Great Moments in American History.”

Disney announced today that they will be expanding the reach of their iconic Enchanted Tiki Room attraction by creating a new comic book series spinoff for it.