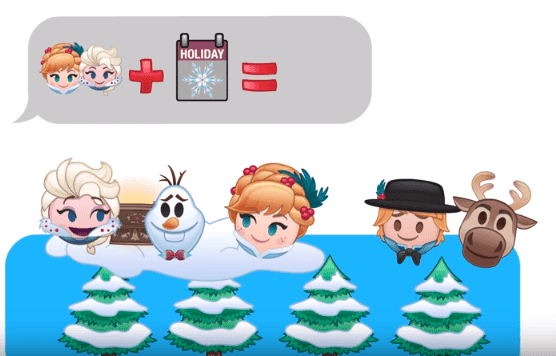 Disney is at it again with another ‘As Told by Emoji’ video. This time, the new short movie/TV special Olaf’s Frozen Adventure is getting the emoji treatment.

Setting up Disney emoji on your phone or tablet is easy, but ‘collecting’ them is a bit more challenging, yet fun and addictive. Here is how you do it…

In advance of the release of The Last Jedi, Disney is adding Star Wars characters to their popular Disney Emoji Blitz game for a limited time. Here are the details.

Disney has had a pretty nice run of creating fun shorts featuring emoji’s acting out some of their most popular movies. IN the past these emoji shorts have retold the story of the Pirates of the Caribbean, Guardians of the Galaxy, Moana, Beauty and the Beast, Frozen and even Star Wars: The Force Awakens. Their latest creation, Steamboat Willie as Told by Emoji continues their win streak and is sure to put a smile on your face.

Disney has closed the old desktop game and officially launched the new mobile game Club Penguin Island. Here are all the details.

Updated for 2022. Here are all of the Disney Interactive Statistics you need to know incl game downloads, content views, etc…

Disney has launched a new mobile game titled Disney Emoji Blitz. Here is everything you need to know including images, videos and download links.