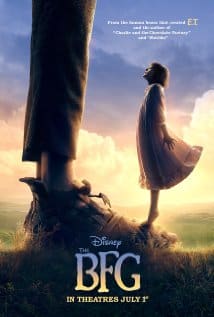 Disney has released one more trailer to promote their upcoming movie “The BFG.” This latest trailer (and likely the last before the movie is released) is running prior to Disney’s latest blockbuster “Finding Dory” and it looks amazing. Have a look: