The latest Disney Star Wars Land News and Construction updates. Posts are added and updated regularly. Stay in the know so you can plan your next trip! 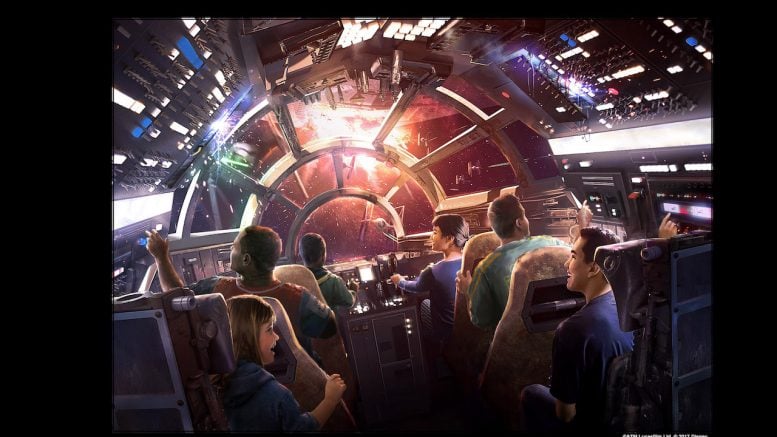 Star Wars: Galaxy’s Edge | Everything You Need to Know

Your complete guide to Star Wars Galaxy’s Edge (aka Star Wars Land) including many photos and videos. Regularly updated.

While it wasn’t an outright opening date, Disney teased us last night by offering up the seasons in which the new Star Wars: Galaxy’s Edge (Star Wars Land) will be opening.

Here are all the Star Wars Galaxy’s Edge Merchandise currently available. As always, I will be adding more as new items are released, so be sure to subscribe and check back often!

Recently, a small change came to Disney’s Hollywood Studios as “One Man’s Dream” is re-imagined as “Walt Disney Presents.” Find out more

Here is what we currently know about when Disney’s Hollywood Studios’ Star Wars: Galaxy’s Edge (aka Star Wars Land) will open.

While some pretty dramatic overhauls were being announced for Disney World at the D23 Expo, its West Coast older sibling, Disneyland had some news breaking of its own.  Here is a rundown of the Disneyland changes that were announced yesterday…

While most of us assumed the Osborne Family Spectacle of Dancing Lights had lit up the sky at Disney’s Hollywood Studios for the last time with the closure of the Streets of America in favor of the new Star Wars Land, that may not be the case…

It seems like everyone in the universe is scrambling for construction news on Disney’s new Star Wars Land themed park areas and today Disney gave us an update…well, sort of…

Much like they did recently for Toy Story Land, it appears that Disney has added conceptual artwork for Star Wars Land to the temporary construction walls at Disney’s Hollywood Studios.

Here is a nice update on the progress of Disneyland’s Star Wars Land (which appears to be much further along than the one at WDW’s Hollywood Studios).