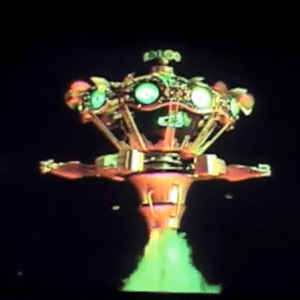 Nine-Eyeis a character in the extinct Walt Disney World attraction The Timekeeper. She was voiced by actress Rhea Perlman who is most known for her role as Carla on the NBC sitcom Cheers.

Here is the Internet’s largest collection of Nine-Eye -related movies, TV shows, toys and other products. As always, new pieces are added to this collection regularly.

Last updated on: 04/11/21The Timekeeper Description: The Timekeeper was a CircleVision 360 attraction that replaced American Journeys in Disney World’s Tomorrowland from 1994-2006. It starred…