Who is Ernesto de la Cruz?

Ernesto de la Cruz is a main character in the Disney Pixar hit animated film Coco. He was voiced by actor Benjamin Bratt.

Here is the Internet’s largest collection of Ernesto de la Cruz related movies, TV shows, toys and other products. As always, new pieces are added to this collection regularly. 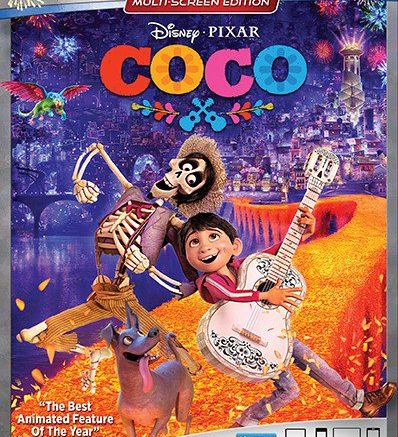 Miguel’s family in the Land of the Dead join together for this style that’s always worth remembering! From Disney•Pixar’s Coco, Imelda, Hector, Rosita, Felipe, Oscar, and…

Listen to Remember Me:

Listen to Much Needed Advice:

Disney/Pixar has announced that, their animated hit Coco will be released on Blu-ray, DVD and On-Demand on…

Disney is bringing a bit of their latest Disney-Pixar animated hit to Walt Disney World’s Epcot for a limited time. Here are the details.

With its November 22 release on the horizon, Disney offered up a nice surprise yesterday giving us one last Coco trailer today.