Who is Jim Hawkins?

Jim Hawkins is a character in the Disney film “Treasure Planet” which was released in 2002 and is a science fiction adaptation of the classic novel “Treasure Island” by Robert Louis Stevenson. The character is portrayed as a teenage boy who lives in a futuristic world and becomes involved in a space adventure to find a legendary treasure. He is portrayed as a young, ambitious and adventurous boy, who is eager to make his fortune and leave his mundane life behind. He sets off on the adventure with a group of space pirates, led by the charismatic John Silver, and faces many challenges and obstacles along the way. He is described as a cabin boy who works for the Captain, and gets involved in the adventure by finding a treasure map. He is a well-known character in Disney’s filmography and is considered a classic Disney hero.

Here is the Internet’s largest collection of Jim Hawkins related movies, TV shows, toys and other products. As always, new pieces are added to this
collection regularly. 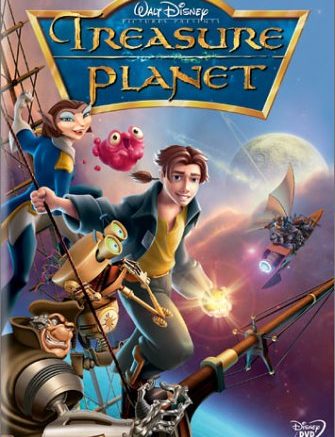 Treasure be buried in your holiday tree when hanging this Legacy Ornament commemorating the 20th Anniversary of Treasure Planet. Long John Silver and Jim Hawkins will…

Listen to Always Know Where You Are: