June is a character from the Disney animated television series “Little Einsteins“. The show ran from 2005 to 2009 and follows four friends named Leo, June, Annie, and Quincy, who travel the world in a spaceship called the “Little Einsteins” and go on missions to retrieve art and music treasures. June is one of the main characters of the show, she is a young girl with a passion for dance. She is known for her love of performing arts, and for her ability to express herself through movement. She is also known for her kindness, her creativity and her adventurous spirit. She is also the one who is often seen encouraging her friends to be creative and to think outside the box. She is also the one who loves to dress up in different costumes, and to be a different characters and she is also known for her catchphrase “Let’s go on an adventure!”

Here is the Internet’s largest collection of June related movies, TV shows, toys and other products. As always, new pieces are added to this collection regularly. 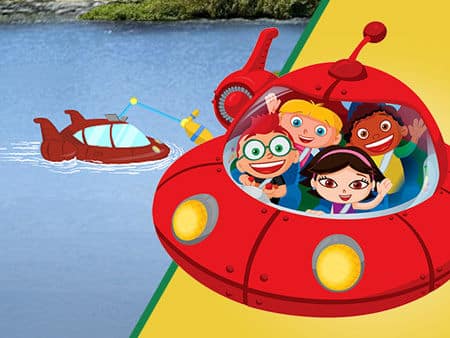 Playhouse Disney. Hang this ornament on your tree, and little ones will daydream about what fascinating mission is under way!. By Robert Hurlburt and Orville…