Here is everything you need to know about the amazing Disney movie Blackbeard’s Ghost  including casting, reviews, fun facts and more. I hope you find this listing informative and helpful! 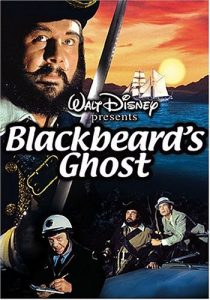 In the Disney classic film Blackbeard’s Ghost, Legendary Pirate Blackbeard, the once blackhearted scoundrel materializes in a small New England town, cursed to wander in limbo until he performs a good deed. He gets his chance when he decides to help a local college track team that hasn’t a ghost of a chance of winning!