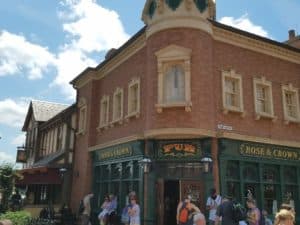 Your complete guide to each of the attractions and restaurants, past and present, located in the UK Pavilion in Walt Disney World’s Epcot World Showcase.