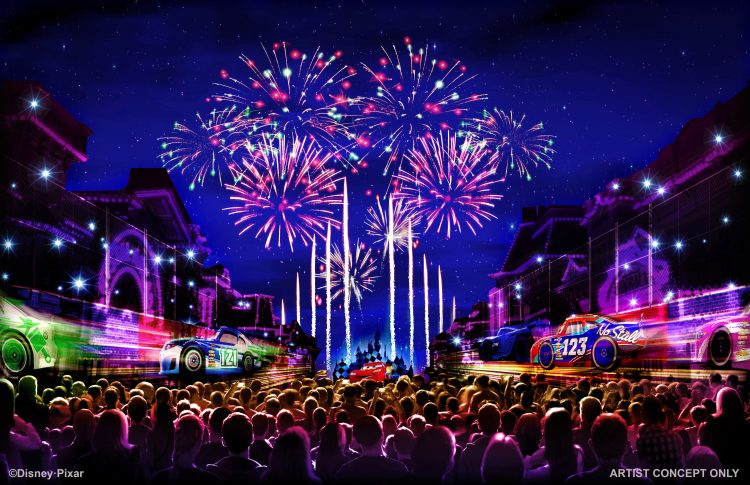 With so much attention paid to the Disney World and Disneyland renovation announcements at this year’s D23 conference, it is understandable that a major Disneyland event announcement may have flown under the radar a bit. Disney announced at that time that they will be holding Pixar Fest, a fun celebration of one of their most popular and successful subsidiaries in 2018.

When is Pixar Fest?

What is Pixar Fest?

This week, Disney released much more details about Pixar Fest and what visitors to Disneyland can expect. Here is their announcement (source) with the rundown:

Anaheim, Calif.  – Pixar Fest, the biggest Pixar celebration ever to come to Disney Parks, brings guests together to celebrate friendship and beyond beginning April 13, 2018, at the Disneyland Resort.

During this limited time event, some of the beloved stories from Pixar Animation Studios  will come to life in new ways at both Disneyland and Disney California Adventure Parks, with characters and experiences from films such as Disney•Pixar’s “Toy Story,” “Monsters, Inc.,” “Finding Nemo” and “Up.” Guests will join the fun as they experience a new fireworks spectacular, the return of two favorite parades with fresh new Pixar surprises, new décor, atmosphere entertainment, creatively themed food and beverage and exclusive event merchandise.

A new fireworks show, “Together Forever – A Pixar Nighttime Spectacular,” will celebrate Pixar stories through the decades as it lights up the sky over Disneyland, connecting guests with characters they’ve come to know and love. Along with dazzling pyrotechnics and memorable music, a heartwarming story celebrates the theme of friendship, an ever-present concept in Pixar animation. Guests are invited to embark on an emotional journey that begins with the meeting of unlikely Pixar pals and follows their adventures as they overcome obstacles and forge everlasting friendships. “Together Forever” comes to life through projections on iconic park locations: Sleeping Beauty Castle, the water screens of the Rivers of America, the façade of “it’s a small world” and the buildings of Main Street, U.S.A. The grand tradition of Tinker Bell flying over Sleeping Beauty Castle also gets a Pixar twist, with a special flyover by Buzz Lightyear.

For the first time, “Pixar Play Parade” will make its way through Disneyland Park this spring, and it’s being led by someone new. The parade will begin just as all Pixar films have, with an appearance by Pixar’s iconic lamp from the short film “Luxo Jr.” Other new parade elements will welcome characters from “Up” and “Inside Out.”

A collection of Pixar Shorts will be featured at the Sunset Showcase Theater at Disney California Adventure during most of Pixar Fest, including favorites such as “For the Birds” and “LAVA.” The short films will rotate during the celebration.

A musical troupe will entertain guests with Pixar-inspired performances in the Paradise Gardens area of Disney California Adventure. Guests may also discover opportunities to greet Pixar characters, and younger guests will enjoy crafts and an activity area.

For those who wish to get into character and celebrate friendship, an exclusive Pixar Fest charm bracelet will be part of the merchandise selection. With multiple bracelet options and a variety of charms with fun friendship messages and Pixar characters, guests can mix and match for themselves, or friends and family.

A celebration of friendship this big is only complete with beloved characters like Buzz, Woody and Jessie from “Toy Story,” Mike and Sulley from “Monsters, Inc.,” Nemo and Dory from “Finding Nemo,” and Lightning McQueen and Mater from “Cars.” Those pals – and more – will be part of the fun at Pixar Fest.

All these exciting changes add to the existing attractions and entertainment in the parks that feature many favorite Pixar characters. 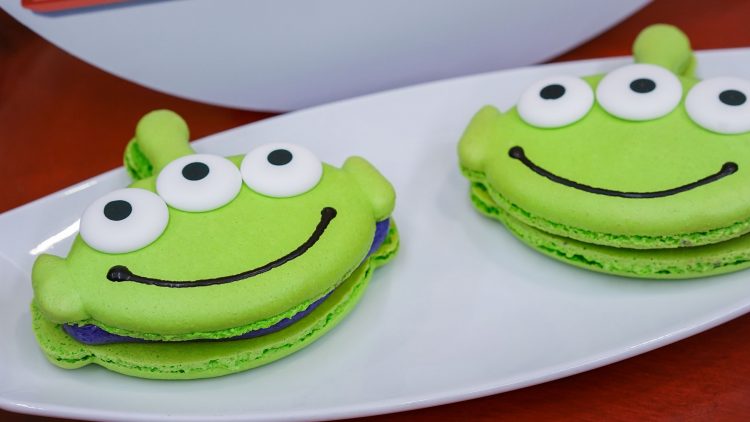 Disney will be offering a number of special dining packages in conjunction with Pixar Fest. Here is a nice rundown of what will be available according to the Disney Parks Blog:

With these packages, you can embark on a culinary adventure highlighted by one of the biggest and brightest parades in Disneyland Resort history. Start your journey with a mouthwatering feast from your choice of two popular Disney California Adventure park restaurants. Step into a Golden-Era movie palace where premier cuisine takes “centerscreen” at Carthay Circle Restaurant or experience Napa Valley’s passion for wine and fresh fare in an idyllic Mediterranean setting at Wine Country Trattoria. And at the end of your meal, you’ll receive vouchers that will give you entrance to special viewing areas where you can enjoy the spectacular sights of “Paint the Night” parade as it makes its way through the park.

At Wine Country Trattoria, prepare to be transported to the heart of Napa Valley as you savor a three-course culinary experience with flavors of California and the Mediterranean. Start of the evening with Italian Insalata with pepperocinis, Kalamata olives, Roma tomatoes, cucumbers, shaved parmesan and a red wine vinaigrette or the Chef’s Soup Selection – Italian Wedding Soup. Then enjoy the main course with selections such as Spaghetti Aglio e Olio with seasonal vegetables, arugula, tomatoes, garlic, chili flakes, Tuscan Salad, Linguine alle Vongole or Fettuccine Shrimp Alfredo. And finally, top off the meal with a decadent dessert of either Trattoria Tiramisù or Chocolate Panna Cotta!

At Carthay Circle Restaurant, dine in style with a four-course meal as you take in the elegance and glamour of Hollywood’s Golden Age. For the first course, experience a delicious Crab Custard with chilled asparagus, and then move to the second course with a savory Soup of Roasted Parsnip accented with Winter Pears, Dried Cranberries and Rosemary Ham. For the main course – choose between the Sustainable Fish of the Day with Spanish chorizo, Bay shrimp and red bell pepper romesco, or Stone Creek Prime New York Steak with winter root whipped potatoes and Cabernet Essence. And finally – for dessert you can enjoy the sweet Painter’s Palette!

Ignite the night with tasty treats, libations, reserved viewing and a serving of Disney magic with the Sonoma Terrace “Paint the Night” Parade Reception. If you’re looking to end your night on a deliciously dazzling note, then this unforgettable evening is for you! This dining experience welcomes kids of all ages to experience “Paint the Night” parade from reserved seating in the beautiful Sonoma Terrace. At the event, you can help yourself to charcuterie and desserts served with wine, beer and other non-alcoholic beverages. You’ll even receive a box of tasty truffles to enjoy later!

In Disneyland park, experience Pixar Fest by dining at Plaza Inn before enjoying Pixar Play Parade, debuting April 13. Here you can savor a delicious picnic-inspired meal with a chicken breast and leg, white cheddar macaroni and cheese, lemon green beans, watermelon salad, pudding dessert and your choice of beverage. The kid’s meal will include chicken tenders, choice of side, fruit, pudding dessert and your choice of beverage. In addition, vegetarian options are available upon request. When you book this dining package, you will also receive Disney FASTPASS for special reserved viewing areas for Pixar Play Parade, where you’ll discover some of your favorite Pixar pals from “Up,” “Inside Out” with brand-new story elements.

As always, I will be sure to add more details about Pixar Fest as more information is released, so be sure to stay tuned!