Here is everything you need to know about the amazing Disney series Prop Culture including casting, episodes, fun facts and more. I hope you find this listing informative and helpful! 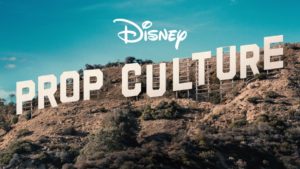 Film historian and prop collector Dan Lanigan reunites iconic Disney movie props with the filmmakers, actors, and crew who created and used them in some of Disney’s most beloved films. Throughout this journey, Dan will recover lost artifacts, visit private collections, and help restore pieces from the Walt Disney Archives to their original glory. Among the films featured this season are Pirates of the Caribbean: The Curse of the Black Pearl, Mary Poppins, The Muppet Movie, Tron and Who Framed Roger Rabbit? Prop Culture is produced by ABC Studios, a label of Disney Television Studios. The series is executive produced by Jason Henry and Dan Lanigan.