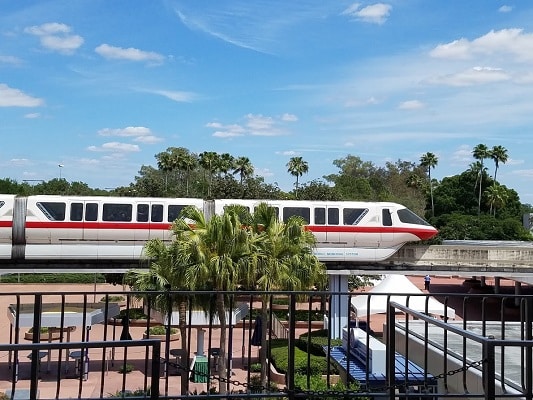 We all work long and hard days and could use a pick-me-up at times. There are a number of ways in which you can escape reality and recreate a little of the magic from your last Walt Disney World vacation. Here are a few ways in which I have been able to escape the craziness of my day job and jet off to a virtual Disney World for a little bit…

Experience the Sounds of Disney World

Yes, you can actually hear the sounds of Disney World every day from the comfort of your home or office. TuneIn Radio is an amazing app for Android, iOS, Windows that allows you to access endless radio stations, internet stations and podcasts. When I need a little Disney World escapism, I often turn to TuneIn to get my Fix. Some of my favorite Disney World channels are D Park Radio, DMagicWorld and Mouse Theme park radio.  These stations play a number of tracks that really put you back at Disney World. They mix together actual attraction recordings, park background music, parade and nighttime show soundtracks, and historical tracks to really give you a feeling of being in the Magic Kingdom enjoying the summer sun. A few of my favorite tracks are the entire Monorail loop announcements, the Haunted Mansion soundtrack and the Enchanted Tiki Room show. Very cool stuff.

D Park Radio also has a great app that gives you the same channel as TuneIn, but also an additional channel that streams non-stop park background music. This is great is you just want a little background noise that will take you back to the more relaxing moments of your vacation. During holidays, they add a third channel dedicated to Disney Park holiday music. This is great at Christmastime, in particular. The D Park Radio app is available for iOS and Android.

Experience the Sights of Disney World

YouTube is an amazing platform. I think I say that at least once a day. There are so many amazing Disney World channels worth watching to get a little glimpse of the latest happenings. A couple of my favorites are BigFatPanda, who gives you a first person point of view tour of all of your favorite Disney World rides and attractions and InsidetheMagic, who give you an amazing front row seat at all of the biggest Disney announcements and events.

For a very interesting (and crystal clear) view of Disney rides, you need to check out a newer entrant into this category, SoCal Attractions 360. They not only give you a great POV shot of Disney Park Rides, but they also have an amazingly expensive camera that allows them to show dark rides BETTER than you see first person. Seriously, check out this one they did of the Haunted Mansion at WDW.

Finally, another of my favorite Disney YouTubers is ResortTV1. They are known for their popular Friday night live-streams of Disney World, but they have also branched out into pre-recorded material and have some amazing ‘relaxing stroll’ videos. They’s even begun experimenting with a 360 4k camera that allows you to not only stroll through Walt Disney World with them, but also direct the camera to get a full panoramic view. Pretty awesome!

Recently, Disney announced that both Walt Disney World and Disneyland Resort are available for viewing in Google Street View. The experience is pretty much the same as it would be if you were using GSV to explore a city block, except you are inside the parks! Here is my post announcing the new Google Street View Disney Parks feature.

There you have it, a couple of suggestions that should help you get through the dog days of summer at work. Just pop the earbuds in and put on a TuneIn Disney World channel or a BigFatPanda video of your favorite attraction and all your worries will melt away.