Here is everything you need to know about Walt Disney World’s Magic Kingdom’s PeopleMover ride including history, fun facts, photos and more. I hope you find this listing informative and helpful! 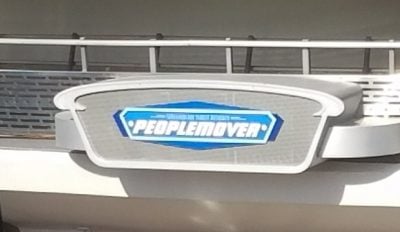 Take off from Rockettower Plaza for an elevated ride into the world of tomorrow. Ascend a conveyor belt to an open-air loading dock and board a moving PeopleMover tram for a leisurely outdoor and indoor voyage through Tomorrowland.

The Tour
During your breezy, narrated 10-minute tour, go behind the scenes of some of Tomorrowland’s most popular attractions, including: