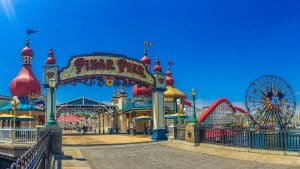 Pixar Pier is a themed area located within Disney California Adventure park at the Disneyland Resort in Anaheim, California. The area is based on the popular Pixar animated films and features a variety of attractions and experiences that showcase the world of Pixar. Pixar Pier features several attractions such as the Incredicoaster, a roller coaster based on the movie The Incredibles and Toy Story Mania!, a 4D interactive ride that takes guests through the world of the Toy Story franchise. The area also features several dining options such as Poultry Palace and Angry Dogs, all themed around the world of Pixar and also features a replica of the famous Pixar Pal-A-Round, which serves as the icon of the area. Pixar Pier also includes several neighborhoods which are based on different Pixar movies like Toy Story, Inside Out, and The Incredibles.

Your complete guide to each of the rides, attractions, restaurants and shows, past and present in the Pixar Pier area of Disneyland’s Disney California Adventure.

Below is a rundown of everything you can find in this land. click on a listing to find out a ton more details about it. 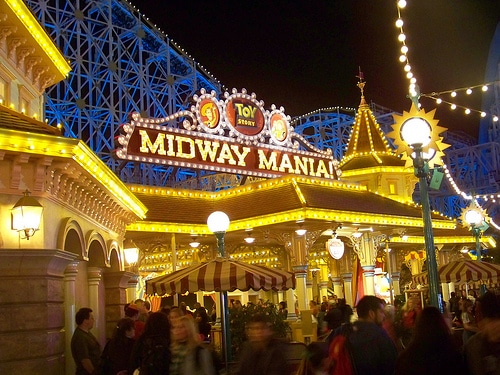