Nala is a main character in Disney classic 1994 animated film The Lion King. She was played by actress Moira Kelly.

Here is the Internet’s largest collection of Nala related movies, TV shows, toys and other products. As always, new pieces are added to this collection regularly. 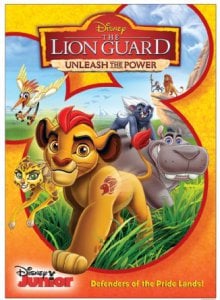 Listen to Can You Feel the Love Tonight:

Listen to Circle of Life:

Disney Second Screen: The Lion King Edition is your interactive window to a new world of exploration, an all-access guide to everything Lion King. Explore…

The Lion Guard: The Rise of Scar DVD was released today. Here is everything you need to know about the DVD.

Disney recently unveiled a new ‘The Lion King’  Snapchat lens to commemorate the  20th anniversary of the hit Broadway musical. Here are details.

Buried in some of the commotion about Disney parks and movies at last weekend’s big D23 expo, was the announcement that Disney’s classic animated movie The Lion King will be joining the Walt Disney Signature Collection this Summer.