One Hundred And One Dalmatians (1961 Animated Movie) 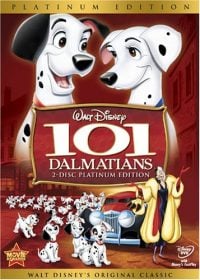 One Hundred And One Dalmatians Synopsis:

Pongo, Perdita and their super-adorable puppies are in for thrills, hilarious spills and an epic action-packed adventure when they face off with Cruella De Vil, Disney’s most fabulously outrageous villainess. When Cruella dognaps all of the Dalmatian puppies in London, brave animal heroes launch a daring plan to save all puppies from Cruella’s clutches!

One Hundred And One Dalmatians Fun Facts and Statistics: