Here is everything you need to know about the amazing Star Wars movie The Clone Wars including casting, reviews, fun facts and more. I hope you find this listing informative and helpful! 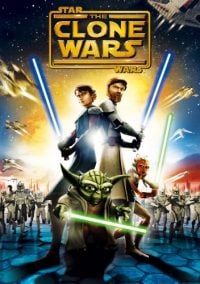 STAR WARS takes on a dazzling new look in the first-ever animated feature from Lucasfilm Animation . As the Clone Wars sweep through the galaxy, the heroic Jedi Knights struggle to maintain order and restore peace.

At the Star Wars Celebration event in April 2019, it was announced that the entire Clone Wars series would be available on the upcoming Disney+ video streaming service. Additionally, there will be a new seventh season exclusive to the service and is aimed at wrapping up the original story arc and better tying various plotlines and gaps together. Season 7 is expected to include 12 episodes. It is unclear if they will all be released at the same time or released individually at a set cadence.