Disney has a special treat for Star Wars fans young and old that visit Walt Disney World. Beginning Saturday, in addition to Kylo Ren and Chewbacca, visitors to the Star Wars Launch Bay at Disney’s Hollywood Studios will be able to meet BB-8! 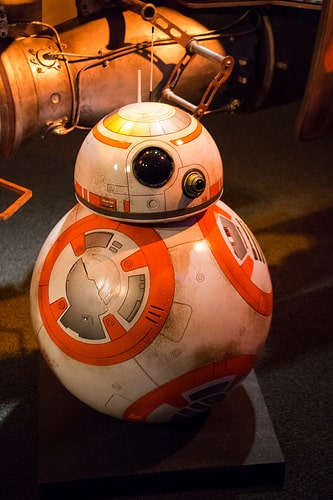 If you are not familiar with Star Wars Launch Bay, it is a must-see for Star Wars fans visiting Disney World. In addition to the character meet and greets, you will also be able to watch a film about the Star Wars movies, play interactive games, explore cavernous hallways filled with countless exhibits and real movie props and shop at a Star Wars gift store that includes pretty much every Star Wars-branded item imaginable.

Additionally, Captain Phasma and a number of Stormtroopers have been known to patrol outside Launch Bay quite regularly.

I will be heading to Hollywood Studios in about a week, so I’ll be updating this post with BB-8 meet and greet photos soon in the meantime, here is a quick video of the soft launch of the BB-8 experience from our friends over at WDW News Today: