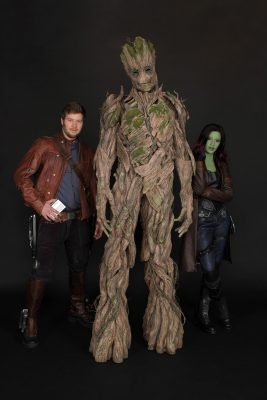 To date, the Disney franchise with (arguably) the weakest presence at American Disney parks would be Marvel. There is very little evidence of Disney’s ownership of Marvel at Disney World and, until now, the same could be said for Disneyland. That all changes this summer.

In addition to the highly-anticipated opening of the Guardians of the Galaxy: Mission BREAKOUT! reboot of the old Twilight Zone Tower of Terror ride, visitors to Disney’s California Adventure this summer stand a pretty good chance at a close encounter with some of their favorite Marvel superheroes.

As always, I will be posting any other Marvel character meet and greets at Disneyland if I hear of more, so if you are planning a trip, be sure to check back as your visit nears.