Here are all the Star Wars facts, statistics and trivia you want to know including movies, history, toys, box office totals, collectibles and more! 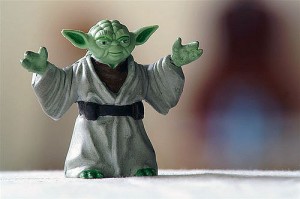 It is hard to believe that a small science fiction movie with a relatively modest budget could turn into a movie empire (pun intended) that has entertained and amazed generations. 40 years after A New Hope debuted, Star Wars remains a dominant movie franchise with countless marketing extensions that permeate just about every aspect of pop culture.

So just how big has Star Wars become after all these years? Here are the more interesting Star Wars facts, statistics and trivia I was able to dig up. Included are stats about Star Wars films, box office results, toys, collectibles, revenue, LEGO sets, records and more. As always, I will be adding more and updating these periodically as I find new stuff. Be sure to check back regularly.

Please note that some of these Star Wars stats are easier to find than others, so some of these are based on news reports and not official company tallies. All facts are linked to their source unless it was sent to me directly from the company. In other words: This is the best I can find, but I don’t guarantee anything.

How many Star Wars movies are there?

Production budget for Star Wars: The Empire Strikes Back:

Production budget for Star Wars: Return of the Jedi:

Production budget for Star Wars: Attack of the Clones:

Worldwide gross box office sales for Attack of the Clones:

Production budget for Star Wars: Revenge of the Sith:

Production budget for Rogue One: A Star Wars Story: 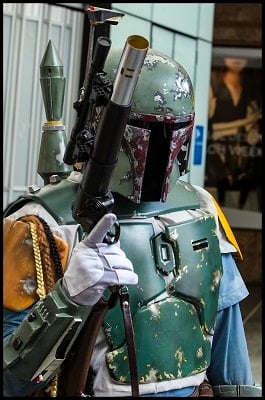 Tatooine is actually a real place in Tunisia

How old is Yoda?

Han Solo’s Hoth jacket is actually brown, but looks blue because of the set lighting.

Nien Numb was a puppet in Return of the Jedi, but played by a live person in The Force Awakens.

The surface of Crait in The Last Jedi was shredded paper dyed red.

Amount that Alec Guinness (Obi-Wan Kenobi) made after negotiating for 2% of box office receipts for the movies he was in:

Most valuable Star Wars action figure of all time:

Number of times that Boba Fett’s name is actually mentioned in Empire Strikes Back:0 (he is always referred to as the “Bounty Hunter”)

The total amount of revenue brought in by the entire Star Wars franchise:$32 billion

Number of copies of Star Wars Battlefront that have been sold:14 million

Number of copies of LEGO Star Wars: The Complete Saga that have been sold all time:15.57 million copies

Number of Star Wars fans that petitioned for Leia to become an official Disney Princess:99,626

Ben Kingsley (Ghandi) auditioned for the role of Emperor Palpatine.

Bossk’s yellow outfit came from a Doctor Who episode.